The goal of this data visualization is to explore trends over time in yearly “Ice On”, “Ice Off” and “Days of Ice Cover” on Lake Mendota using data from the Wisconsin State Climatology Office. The visualization is an entry in the December 2018 /r/dataisbeautiful DataViz Battle. 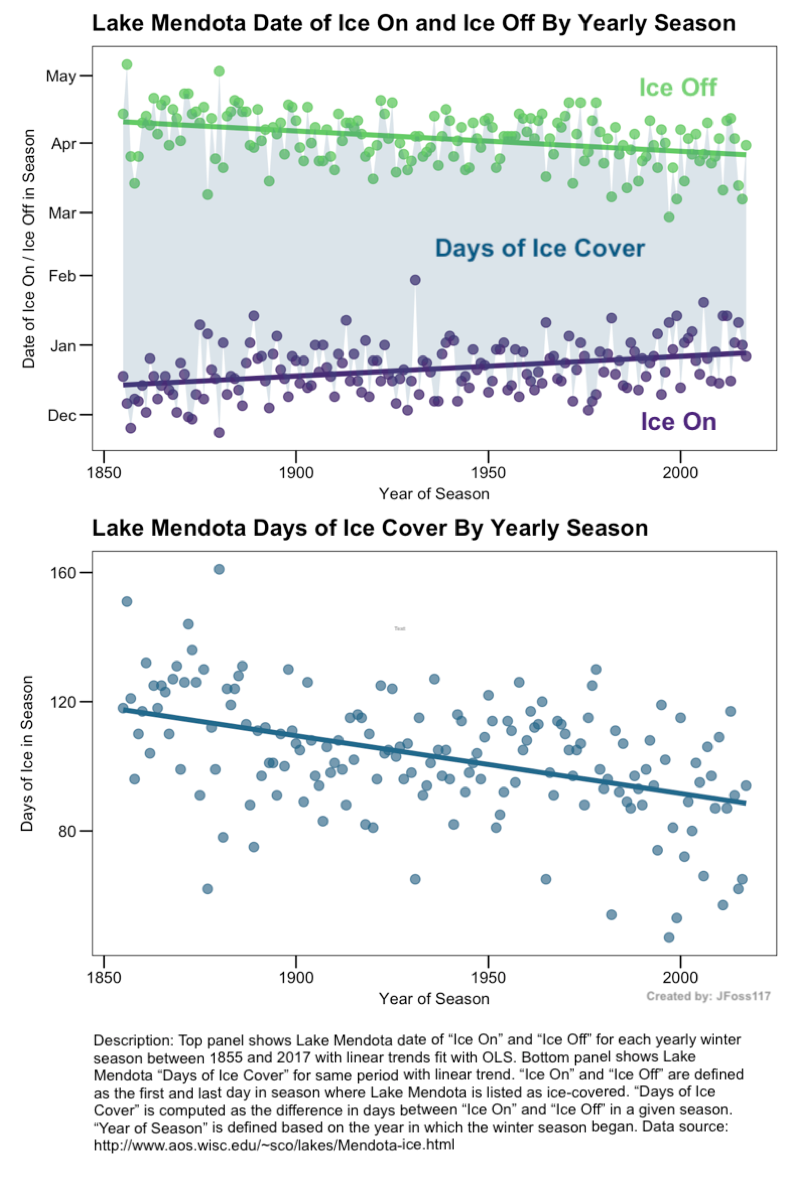 Data for this analysis was pulled from here and was aggregated by “Season” (i.e. “Start Year”). Dates for Ice On and Ice Off were computed manually for each season based on the earliest/last date of reported ice cover respectively. “Days of Ice Cover” was computed manually as the difference between the derived Ice On and Ice Off dates. This derived field mostly matches the “Days” field of the original dataset, though deviates somewhat in cases where the Lake was opened / closed multiple times in a season. Note that the analysis excludes the seasons 1852-1854, as the data for these years were incomplete. All code for this analysis and visualization is available in the github for this blog post here (see the _code folder).